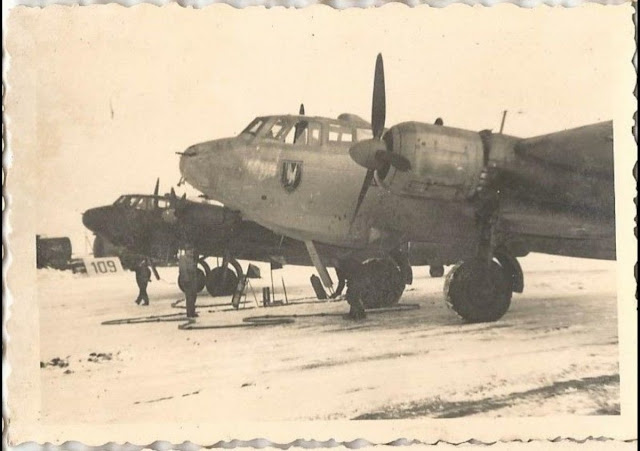 Leading Nachtjagd ace Paul Zorner in his memoir " Nights in the Bomber Stream " (296 Verlag)  has some choice words for the Dornier Do 217 he flew in NJG 3 -  "ein Klotz" being one of the more polite terms he employs ( a 'brick' ). As he points out his loaded and tanked up Do 217 'fighter' weighed a "large truck heavier" than a fully loaded Junkers Ju 88 and climbed at all of 6 metres/second (IIRC) - at least half the rate of the Ju 88. 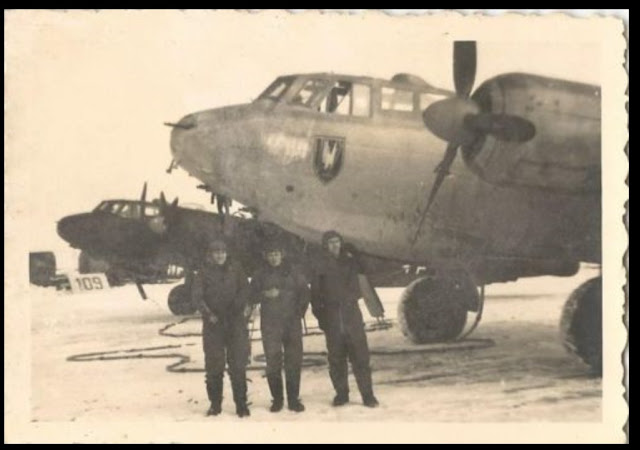 " Nächte im Bomberstrom " from 296 Verlag - 'Nights in the Bomber Stream'- is an excellent read.  Zorner writes engagingly and very frankly. One of his best 'reports' is his account of his third victory as a night fighter achieved on 19 February 1943 at the controls of a Do 217 - a "tired old cow" that took for ever to climb to altitude and was, as Zorner puts it, "exactly ten times heavier than a He 51 fighter". Zorner never liked the Do 217 - the idea that it could be used as a night fighter he found preposterous. Climbing out over the North Sea that night he was vectored towards a Wellington some twelve km north of the island of Norderney. Approaching the Wellington head on, the two aircraft banked into a 'turning fight' that lasted some twenty minutes as Zorner vainly sought to draw a bead on the British twin, hauling back with all his might on the stick in the turn, even getting the navigator to help him maintain his effort on the control column. In an attempt to achieve an outcome Zorner had to resort to desperate measures - giving the order to dump some 800 kg of fuel in order to lighten the Dornier. Putting in a superhuman effort on the stick he managed to loose off a brief burst which sent the Wellington down. There were no witnesses in the air - the downing was later confirmed by a flak battery. Zorner and crew then had to nurse their 'fighter' home on just one engine some 100m above the waves - a single round the size of a €1 coin had punctured an oil line.

"...When we landed I went and saw the Kommandeur Lippe-Weissenfeld and told him exactly what I thought of the Do 217..."

The penultimate chapter of Zorner's memoir covers the period from October 44 to May 45 as Kommandeur II./NJG 100, one of his last log entries being the flight into Novy Dvor on 15 October 44 at the controls of Ju 88 G-6 C9+HD. His Gruppe was in Hungary from October 44 before falling back to Wiener Neustadt in mid-March 1945.. Zorner states that

'..what was left of the Gruppe II./NJG 100 had fallen back as far as they could go and most of our equipment and aircraft had been left behind..'

He describes his final successful sortie flown on the night of 5/6 March with four Ju 88s. With the Americans just kilometres from the field on 4 May 1945, orders came through for the Gruppe to fly to Prag-Gbell. Because of thick fog shrouding the field Zorner describes briefing his pilots on various plans of action - none of the twelve remaining pilots would be forced to make a Blindstart . In the end eleven aircraft managed to get airborne - including Zorner's W7+AC - reaching Prague on their last drops of fuel. Prague of course fell to the Russians. Zorner describes how on news of the capitulation on 9 May he and his men drove westwards to meet the Americans. As commanding officer the Americans would allow Zorner safe passage further westwards but not his men ..he therefore chose to stay with them, herded with thousands of German servicemen into an improvised field camp with no rations for a number of days. However at this point the US forces moved back allowing the Russians to take over the camp - the Russians then marched the officers back into eastern Germany and captivity...

The leading publisher of Luftwaffe memoirs is 296 Verlag established by former Microsoft Germany honcho Kurt Braatz. See all my 296 Verlag blog posts at the following link

..the latest book from Claes Sundin is now available to order from the artist's web site. Profile book no. 7 covers the history of the Luftwaffe Kampfgeschwader in profile and text. The artist has been aided with some expert commentary on colour schemes and markings from David E. Brown.

" ..My work on this book as both an artist and a writer has without doubt been my biggest ever undertaking...I have created for the reader 124 stunning profiles of nine different types of bombers used by the Luftwaffe Kampfgeschwader. To this I have also included an abundance of other illustrations in an interesting and appealing layout. I have also written a chapter about the German Bomber Arm and its history, achievements and finally its demise..." 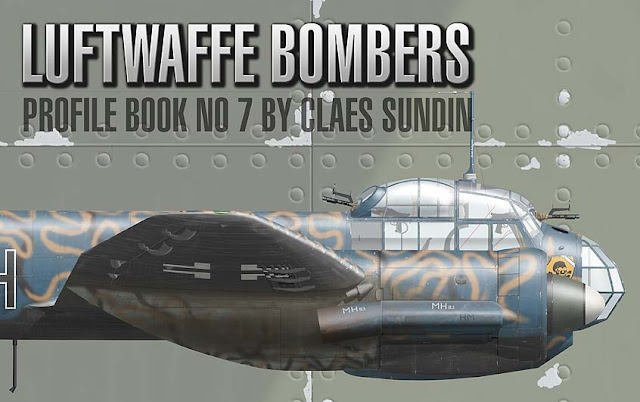 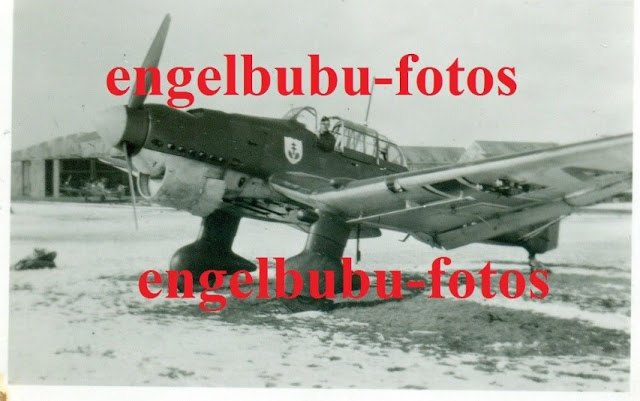 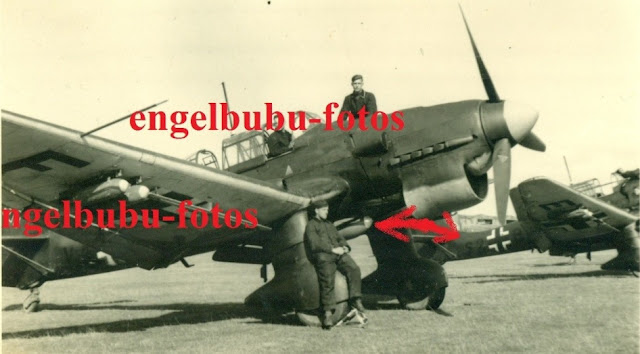 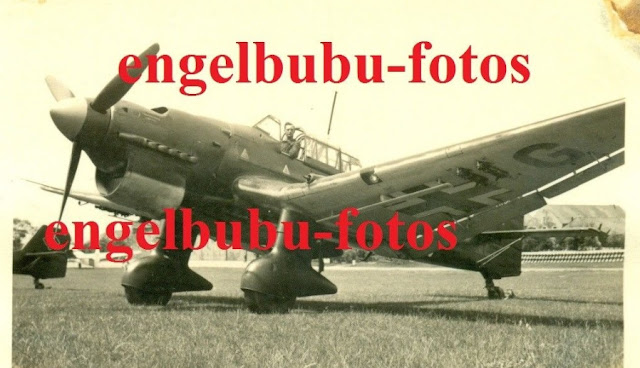 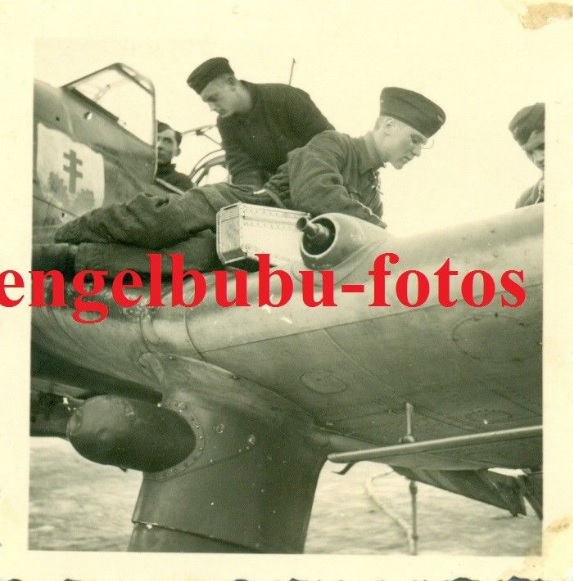 a selection of Stuka variants via Marco at koelsch333 Ebay sales here
Posted by FalkeEins at 14:53