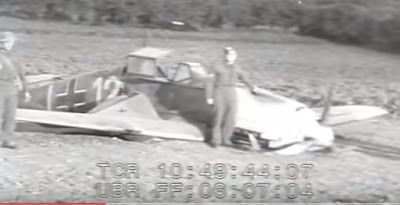 A Battle of Britain period film clip depicting No.66 Squadron at RAF Gravesend during the Battle of Britain. The clip features several scenes from the crash site of Uffz. E. Poschenrieder's Messerschmitt Bf 109 E of 7. Staffel JG 53 after it had been shot down at Broomhill, Strood, Rochester on Monday 30th September 1940. Click once to watch the clip here..


Uffz. Ernst Poschenrieder's wrecked aircraft was heavily souvenired by locals. The military guarding the downed aircraft also reputedly sold souvenirs taken from the Messerschmitt to the locals! Several of these souvenired items are now on show in the Kent Battle of Britain Museum... 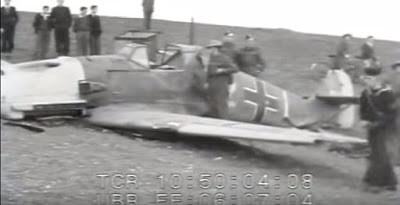 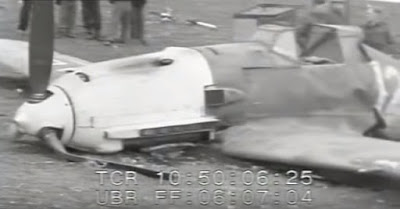 " ..this aircraft was belly landed by the 7./JG 53 ace Hermann Neumann at Bologne 10 days earlier. Poschenrieder, a new pilot was given it after repair only to get shot down in it too. I have said that it likely still carried Neumann's victory tally on the fin and was always told "they would have been painted over before Ernst took the aircraft over" well there they all are clearly still applied... The aircraft stayed on the potato field for some time. One of the soldiers who was tasked with guarding it was trying to make a quick buck selling bullets from the aircraft to the locals. Well the pilot maintains that he let off all his ammo prior to crash landing, which rather upset the farm workers in the fields as they thought he was trying to shoot them. Anyway the soldier was sneakily selling his own bullets as ones that came from the aircraft...."

Elsewhere, following his book launch at Hawkinge reported here earlier this week, Christer (Bergstrom) and his party of Swedes and one Dane departed Folkestone and headed up to the Shoreham (Kent) Aircraft museum where Christer placed the memorial cross onto Hurricane P3860 in which the 23-year old 607 Sqn pilot John Lansdell was shot down on 17 September 1940. The young Hurricane pilot baled out but succumbed to his injuries. 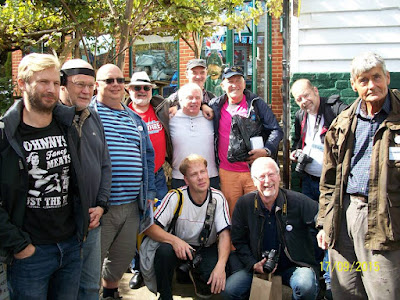