JG 2 assigned 2., 6. and 7. Staffeln during the autumn of 1940 to the specialist anti-shipping Jabo role. According to Erik Mombeek in his history of JG 2 "Dans le Ciel de France" (Vol II) JG 2 had approached this new commitment only half-heartedly and during the spring of 1941 was still training with 50 kg cement bombs in the Seine estuary. The Staffeln of neighbouring units (such as JG 26 for example) had made considerably more progress.

" ..Some distance to the north of Beaumont-le-Roger- in the Seine estuary to be exact- lay a ship wreck which made an ideal target for our training exercises. We approached it at wave-top height or from the direction of the shore at low altitude. At a precise distance from the target we would pull up three hundred metres before diving back down towards the wreck, throwing the throttle wide open in order to make ourselves as difficult a target as possible for potential anti-aircraft gunners. The bomb would be jettisoned just before the target disappeared beneath the nose of the aircraft, followed by a sharp pull-up which took us virtually through the masts and superstructure of the vessel. If we had judged the distance and speed correctly, the bomb struck the ship at the waterline. A 250 kg bomb could tear a breech large enough to sink a ship. Otherwise a near miss would detonate with the force of a sea mine. However during training we only employed 50 kg bombs -which had far less explosive force- in order not to totally destroy our practice target..." 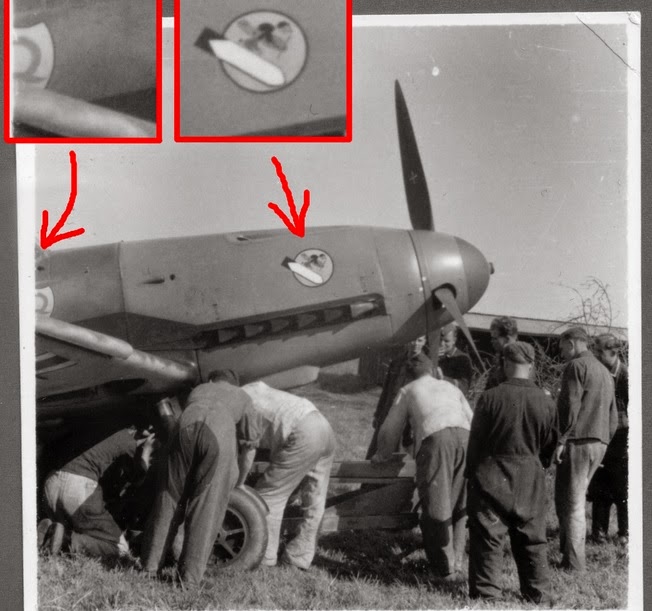 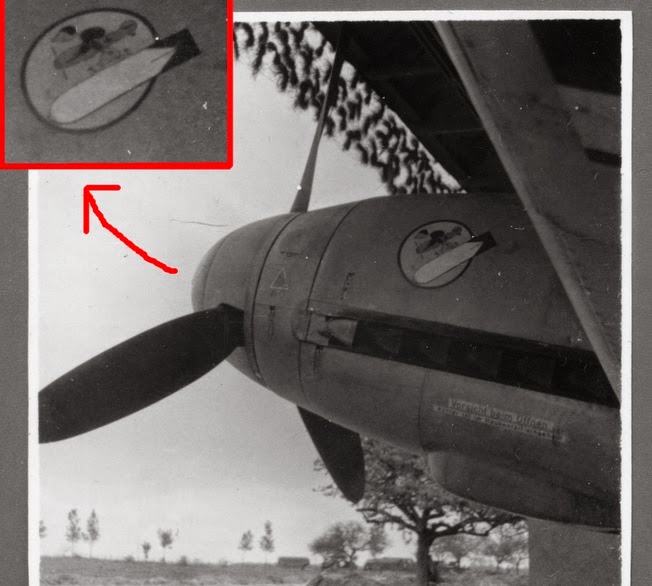 Above; in the spring of 1941, 6./JG 2, the Jabostaffel of II. Gruppe, took on strength several of the new Friedrichs - note the Staffel emblem painted on the bright yellow cowling.

Pilot accounts from the Jabostaffel of I./ JG 2 focus on the relatively inauspicious results achieved by the Jabos - on the morning of 17 May 2./JG 2 flew a sortie that saw the unit dropping its twentieth 'live' bomb. According to Oblt. Dietrich Wickop's account (quoted in 'Dans le Ciel de France' );

"..Mund and Niesmann flew a Jabo mission against a convoy south of Swanage. The secondary target was the but no shipping was sighted in either location. Mund then headed west towards before coming across a well defended convoy. He attacked but on his first pass his bomb failed to release. On the second pass the bomb hit the water some two hundred metres from the ships. No-one saw where Niesmann's bomb fell. A pity that things again turned out as they did.. I have promised myself that next time I will get one directly on target. To ensure that it doesn't bounce like it did last time I've had a large metal ring attached to the casing of the next bomb I haul. Let's hope that this provides the solution !..."

During the evening of 17 May 1941, Oblt. Frank Liesendahl’s Jabostaffel 6./JG 2 (whose emblem in close-up above clearly hints at its specialist mission) claimed considerable damage inflicted on a cargo ship of some 2,500 GRT. However Uffz. Helmut Ries failed to return from this sortie. 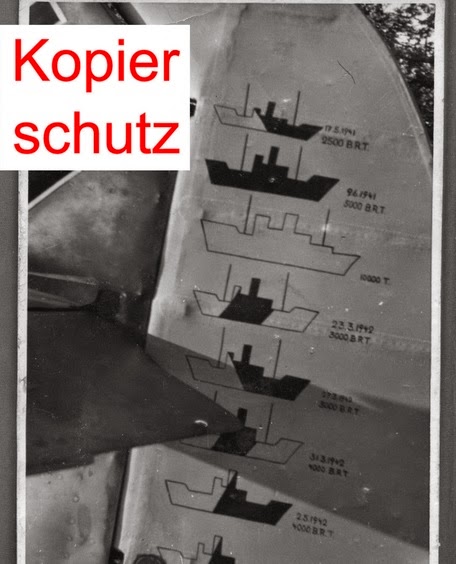 Oblt. Frank Liesendahl’s rudder does not display any victory bars but is seen here in 1942 (see 'blue 1' below) decorated with the silhouettes of the ships sunk or damaged as a result of his attacks, including an armed merchantman of some 10,000 tonnes GRT (third silhouette from the top) which was claimed on 23 June 1941 during what was almost certainly the last Jabo sortie flown by  Liesendahl's 'first' Jabostaffel  6./JG 2. On 10 July 1941 Liesendahl, Kapitän of 6./JG 2, was wounded in combat with a British fighter.. he nevertheless managed to land his aircraft in Abbeville but for the second time in just over a year he started a two-month stay in hospital. After the first three sihouettes, Jabo successes resumed in 1942 following Liesendahl's return to JG 2. By that time command of 6./ JG 2 had reverted to Lt. Erich Rudorffer and new Jabostaffeln had been established... 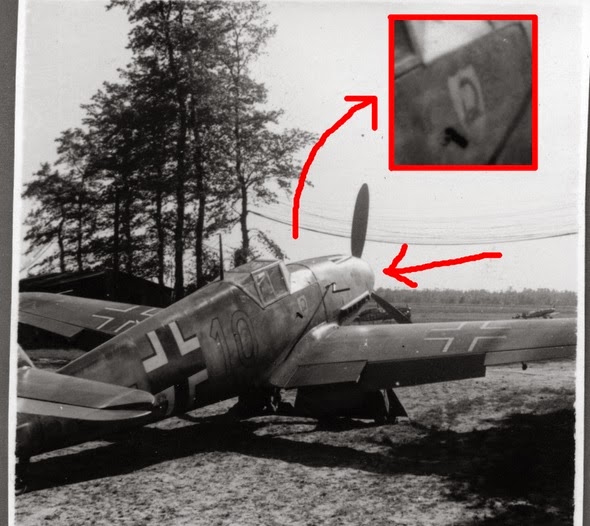 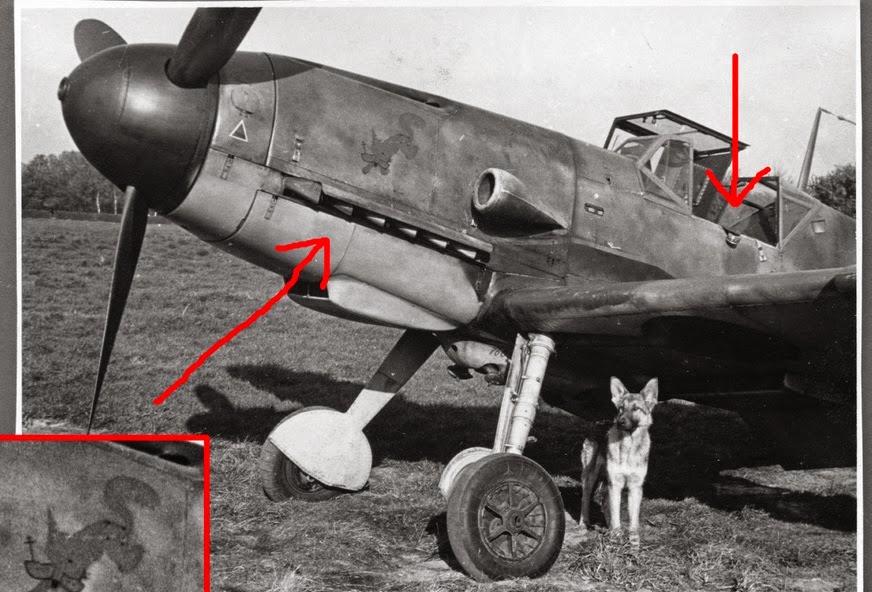 All images above are currently offered on ebay.de here
Posted by FalkeEins at 12:01