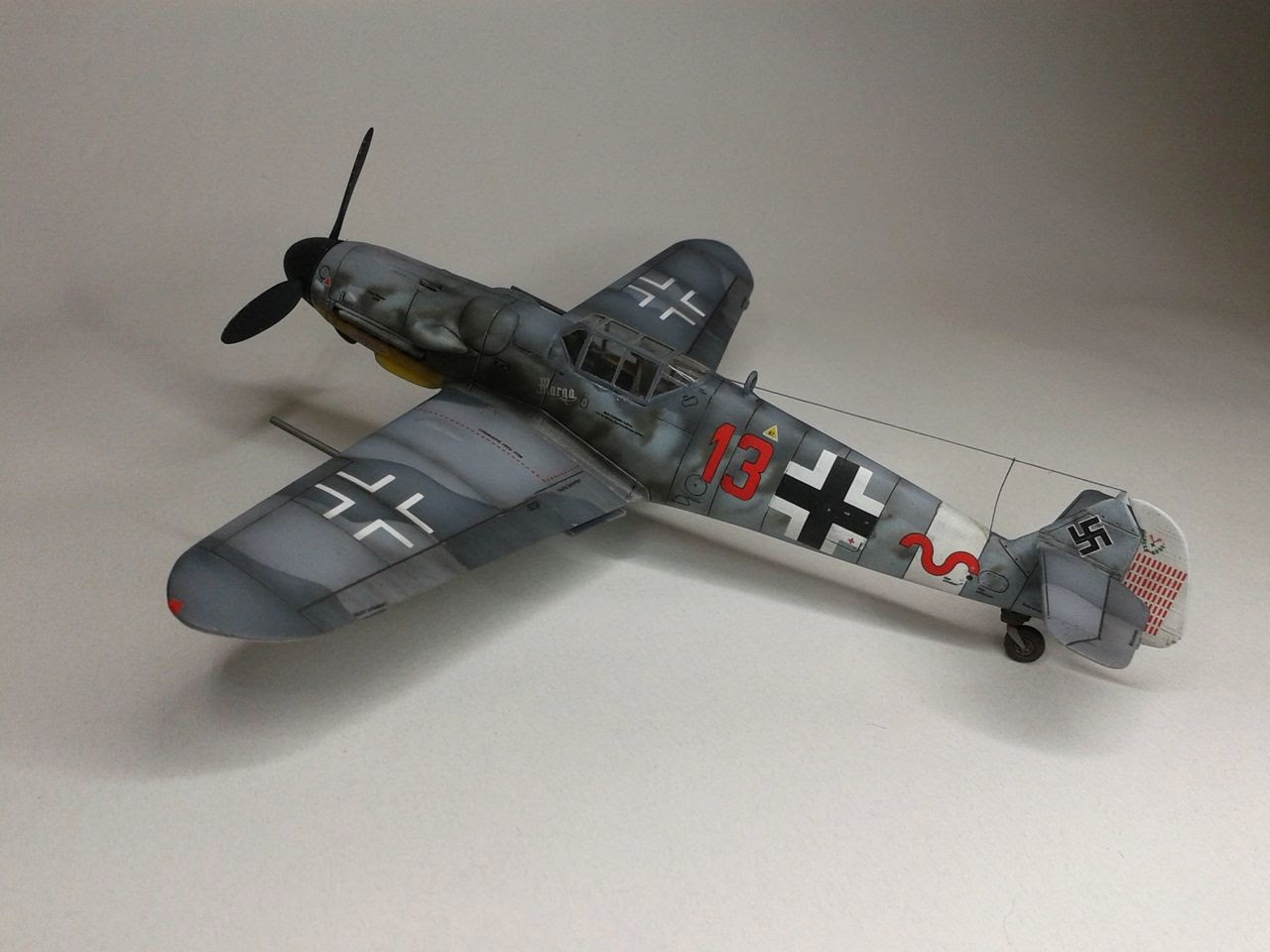 Haven't seen many examples of  the new-tool AZ Bf 109 G kits built up yet, but this is a superb example from Czech modeller Michal Friš finished in the markings of IV./JG 27 ace Heinrich Bartels. Michal has built up the G-6/R6 boxing (below) but essentially all the kits have the same sprues, except for the clear parts. Lovely detail in the kit and as with their Spitfire IX, AZ have put loads of options in the box, including three different tail wheels, alternative tail fins, alternative main wheels and propellers, four decal choices, armament options and canopies..however the rivet counters have put their fingers on a small issue with the 'depth' of the nose which is apparently a little undernourished.. 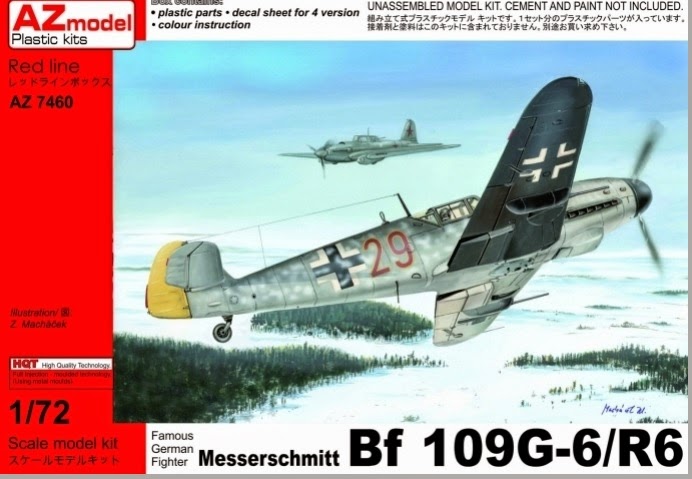 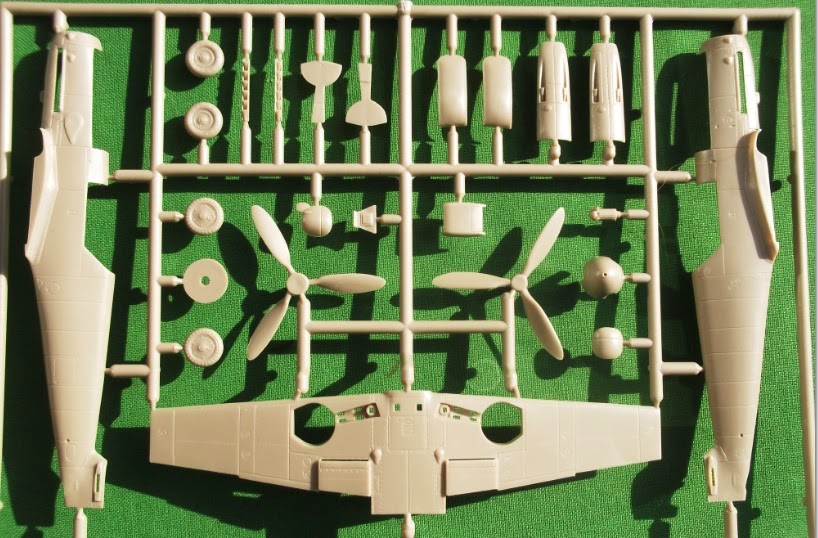 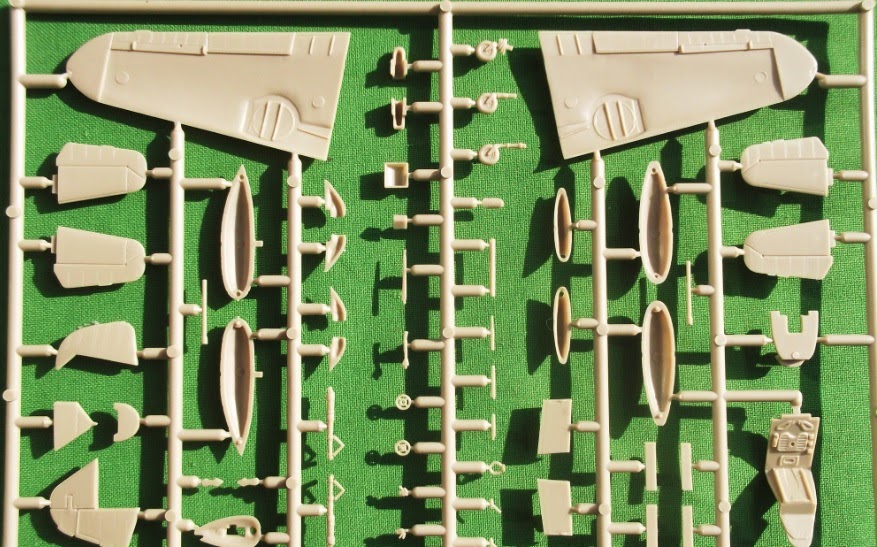 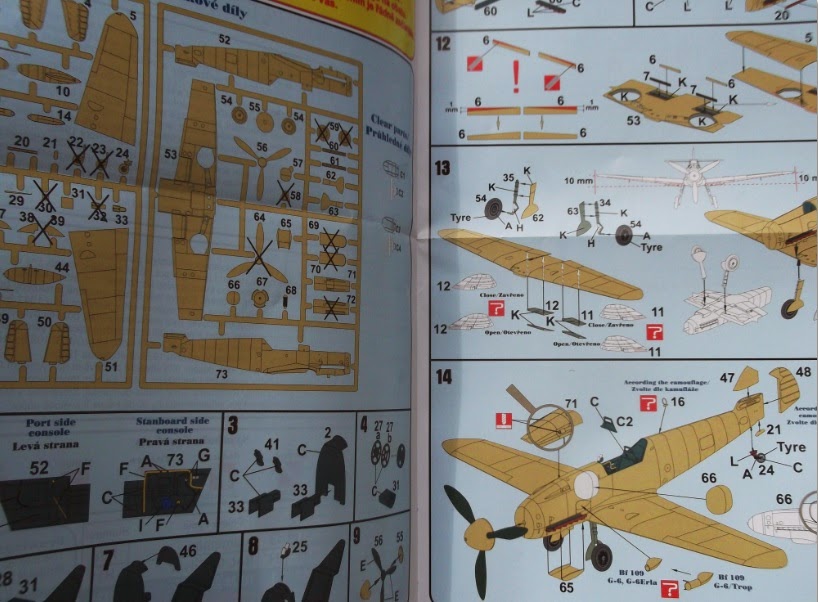 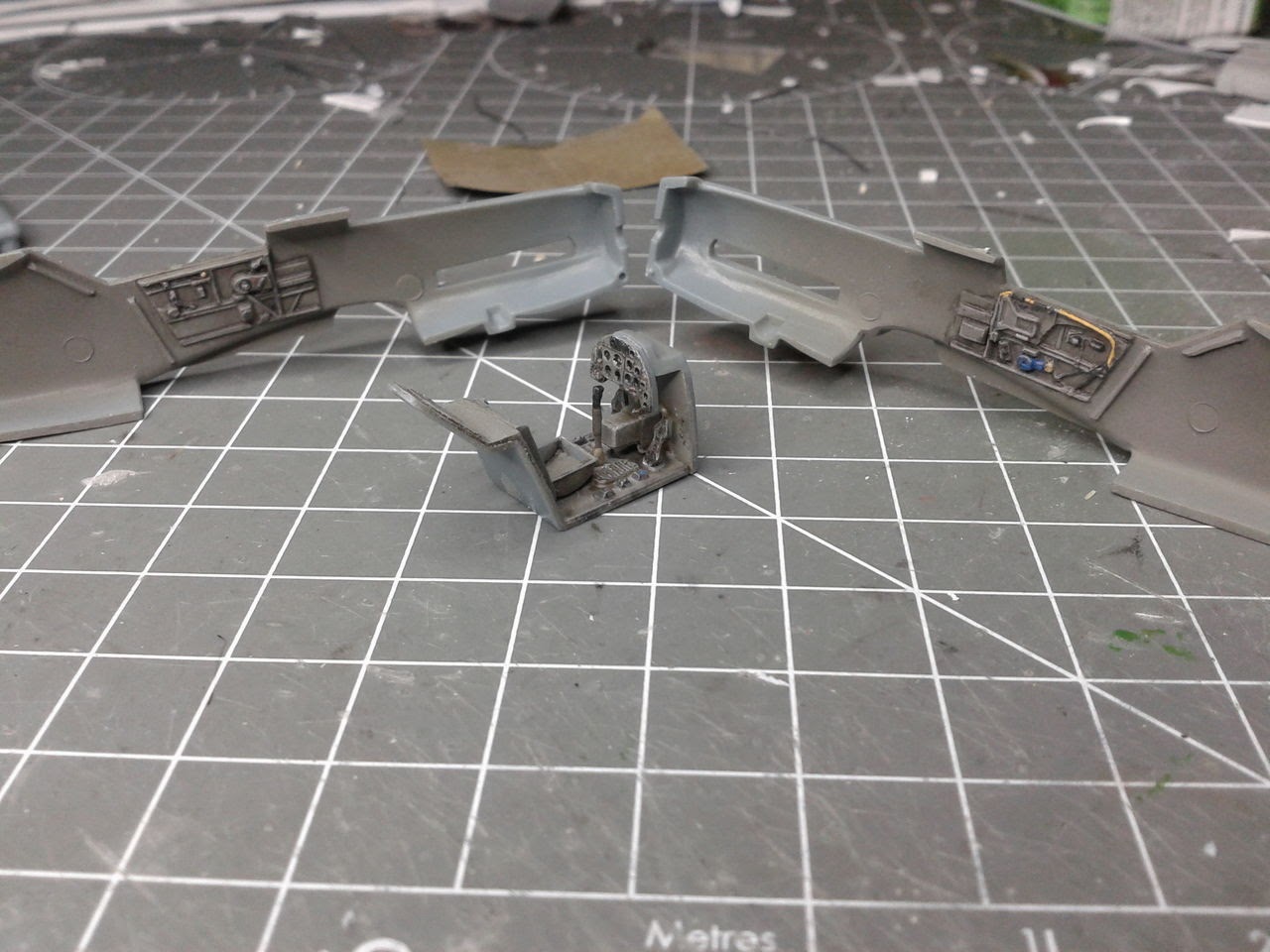 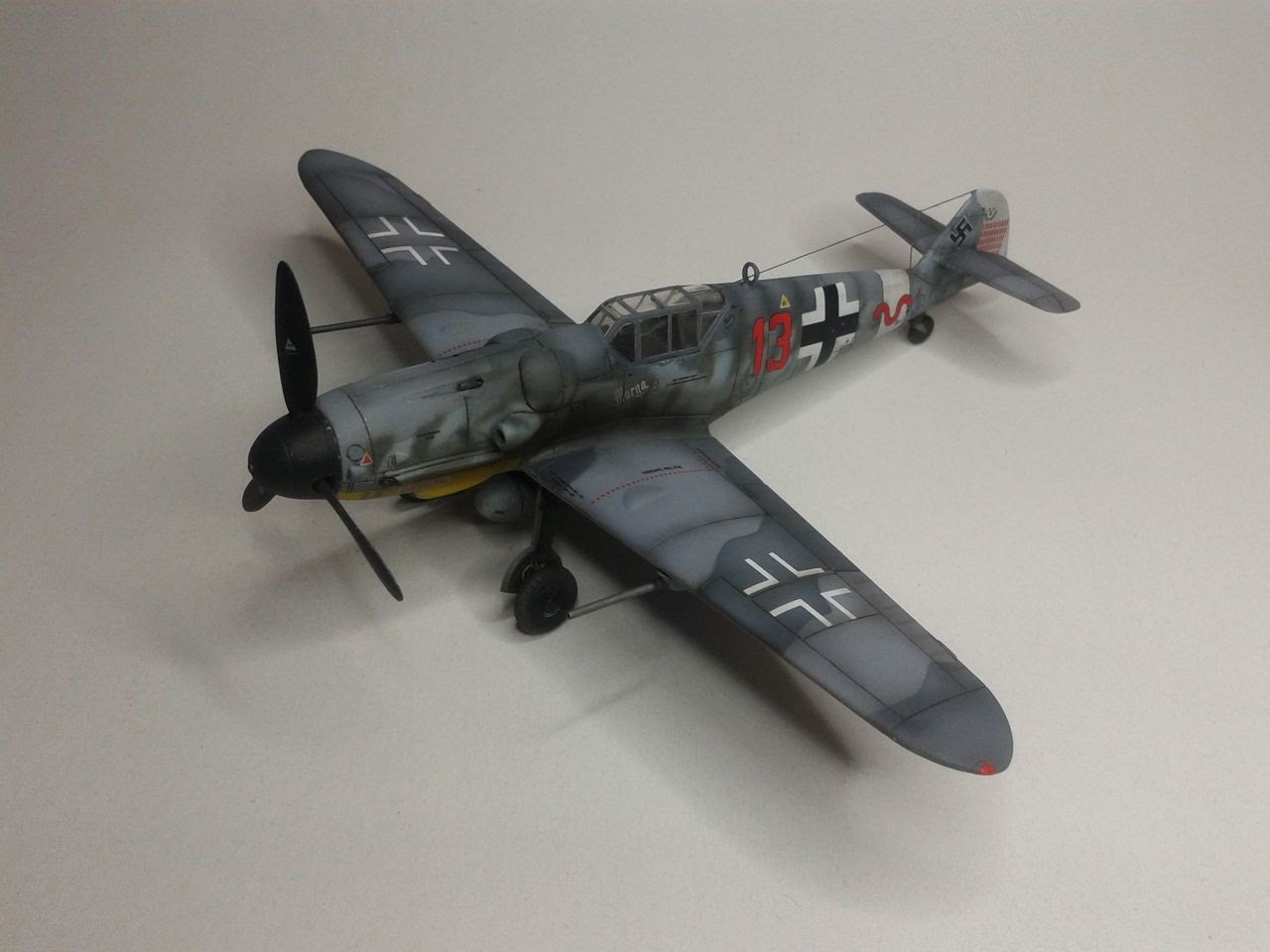 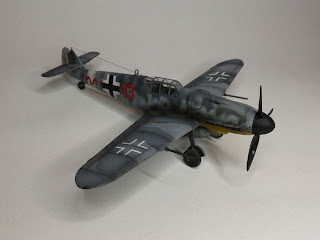 Unfortunately there is some colour scheme  confusion on both the JG 3 box and the wilde Sau version of this kit - for the JG 3 edition AZ have Walter Dahl assigned to "white 6" a 7./ JG 3 machine fitted with BR 21 rockets; whereas he was merely pictured passing in front of the a/c. The Alfred Sorau option looks nice though...and my build of this kit is featured on a later blog post.. 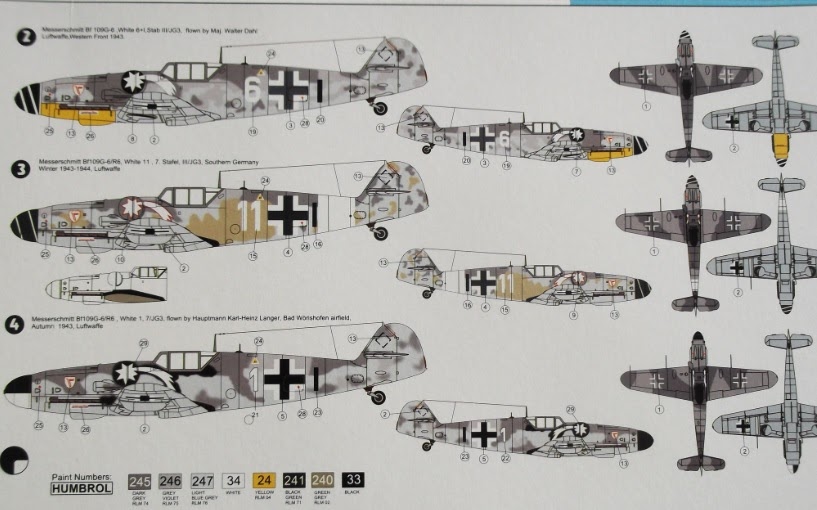 The JG 300 howler is courtesy of JG 300.de (see box art credits) ;  "Black 3" was indeed a III./ JG 300 aircraft but it was assigned to Lt. Otto Schwamb and was an ex III./JG 54 machine, retaining this unit's BLUE fuselage band and black Gruppe Balken. (III./JG 300 aircraft never displayed a vertical Gruppe bar) - any reader of Jean-Yves Lorant's JG 300 history would know this of course. For some reason - an inscription on the reverse of a photo of Schwamb - BOBO refuses to believe the evidence - as he likewise declined to do when he mis-identified Kurt Gabler's machine . Either that or he doesn't read English!

More on this in a forthcoming feature article on the wilde Sau written by this blog author, illustrated with exclusive brand new artworks by Anders Hjortsberg and published in a UK magazine soon! 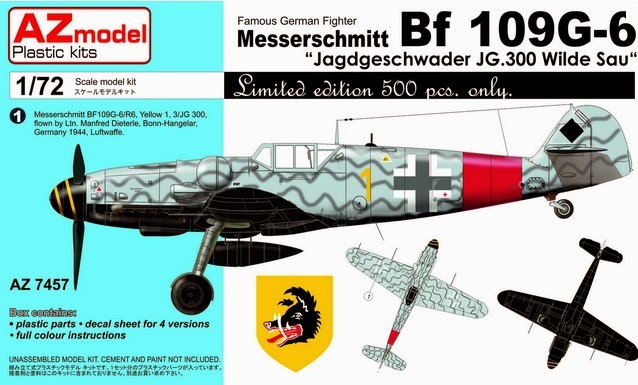