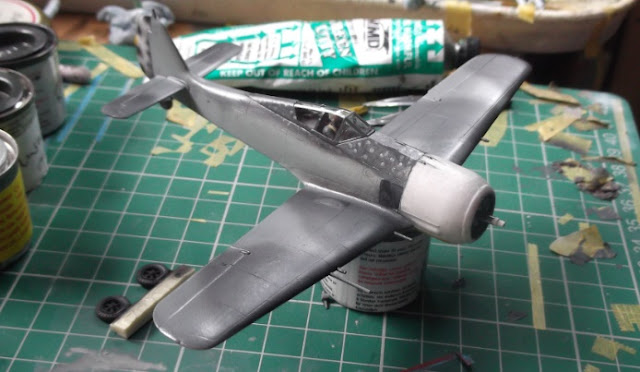 This is my (virtually) complete Zvezda Fw 190 A-4 in 1:72nd scale in the markings of a I./JG 1 machine. The build was trouble-free and although some of the detail might be a bit soft the overall impression of the finished model is very nice. I have been amazed at the engineering of the kit, the usual areas of concern for me are of course the rake of the gear legs and the areas around the top engine cowling and the gun bays on the Hasegawa and Tamiya kits. None of this was a problem with this kit. The only real issue for me was the lack of detail on the lower cowling/exhaust area. The way the inner gear doors simply plug in is ingenious. Nicely patterned too. Issues of dihedral and gaps at the wing root are cunningly avoided by having the fuselage rest on top of the wings, which makes for an slightly unsightly join where there was no panel line on the real aircraft. The cockpit head armour needs some additional scratch-built parts and I’ve replaced the solid-hub wheels with some True Details early-type treaded wheels with the correct hub detail. I used a combination of kit decals and the Sky Fw 190 sheet. The Zvezda decals performed more than adequately and there’s some neat stencil detail too. I even used the nicely detailed pilot figure, which must be a first for me. Will I buy another one though? If Airfix are releasing their new Fw 190 A-8 at £6 then this Zvesda kit is a little on the pricey side in comparision, especially as it really needs those replacement wheels  ..but then it is an A-4 of course. Much cheaper and easier to build than an AZ early Fw 190 no doubt. That said, the price differential with the Tamiya kit probably does not really warrant more purchases, it being a simple enough matter to add the A-4’s pointed antenna mast to the A-3 from card (he says). I may though do one more; in a winter camo JG 54 scheme.. 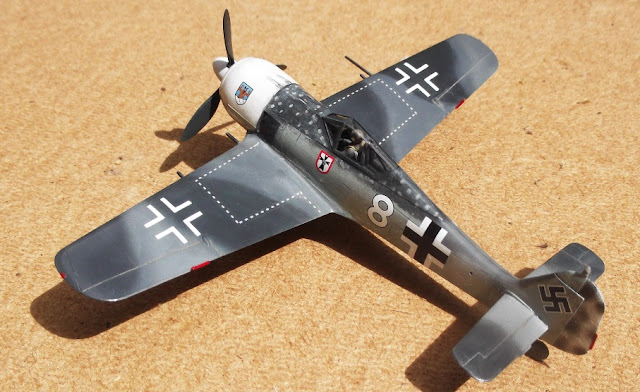 Below; starboard side view of "weisse 8" a Fw 190 A-4 Y  WNr. 0611 (equipped with FuG 16 ZE) of I./ JG 1 seen at Deelen following the re-designation of IV. Gruppe in April 1943. Note the over-painted IV Gruppe disc aft of the fuselage Balkenkreuz and the FuG 16 antenna mast under the port wing. which I have attempted to represent on my model. The purpose of the overall white engine cowl was to aid unit reformation in the air after the first pass through the bomber boxes (cf. Peter Rodeike, p114 of Focke Wulf Jagdflugzeug). Note though the over-sprayed rudder and the mottled speckled finish of 76 Hellblau dots over the fuselage grey, a feature unfortunately over-looked by Tullis in his artwork in the Classic "Defenders..JG 1..." part-work (Vol II). The airframe or at least the wings appear to have been highly polished - either that or the aircraft has been photographed after a rain shower..... 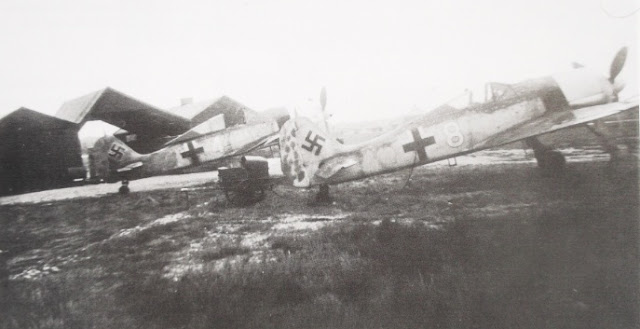 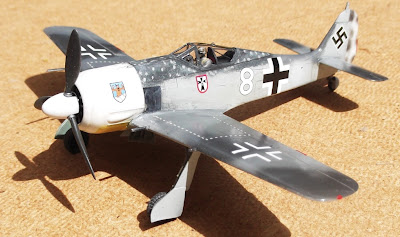 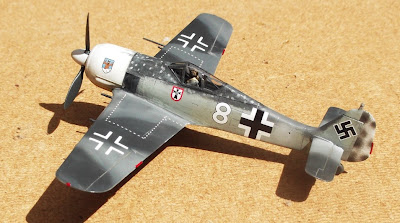 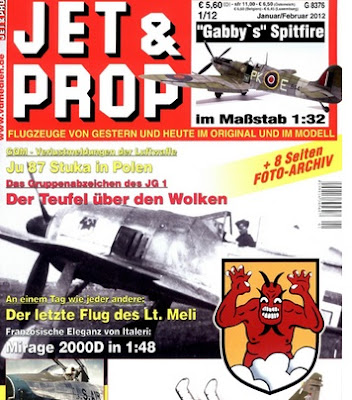 Zvezda construction photos below are from Duncan Black’s build on britmodeller.com along with a view of his completed model at bottom. That's some very neat airbrush work as usual Duncan! 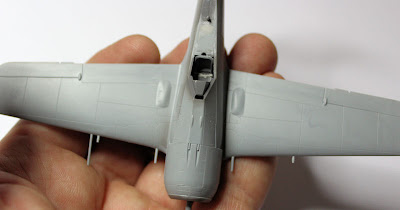 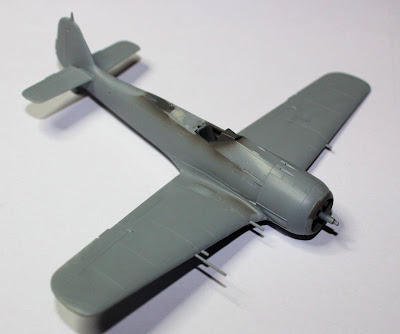 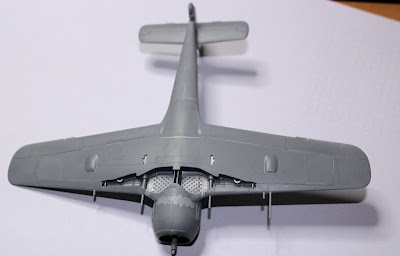 Painted in the markings for Oblt Erich Rudorffer of 6/JG2, North Africa early 1943 from a profile in Kagero's Fw 190 Vol 1 Monograph. Decals from the spares box.