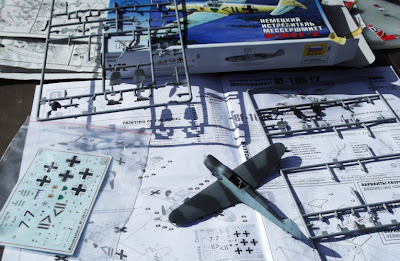 I have virtually finished the Zvezda 1/72nd scale Friedrich, here in the markings of 'weisse 12' flown by nine-victory ace Ltn. Karl Vockelmann of 7./ JG 53. I have still to add a hint of exhaust staining and some stencils. Decals were taken from a variety of spare Academy and MSAP sheets. Vockelmann was reported MIA on 19.5.43 after Luftkampf. 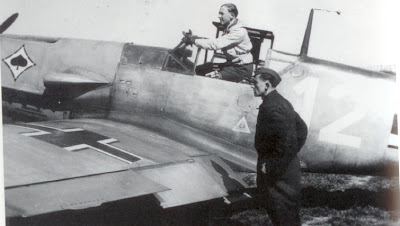 This is NOT a pantographed down version of Zvezda's 1/48th scale Friedrich by any means - it is the second in their new-ish range of snap-together easy build kits that are designed to be assembled without glue! I was disappointed with the fit in some areas and quite impressed in others. The undercarriage clips in beautifully and the stance and 'sit' of the model are more than adequate.Panel lines are finely engraved and the cockpit is well detailed - but the canopy glazing is far from transparent so most of that effort is wasted. The Zvezda Friedrich kit was a little pricey and a little short on detail options compared to, say, the recent new Airfix Emil - no poseable flaps or separate rudder for example. The large locating lugs on the canopy spoil the overall effect so that the model looks a little toy-like I think..that said, this is still miles better than the Italeri 'F' in this scale and must be VFM compared to the Fine Molds kits.. 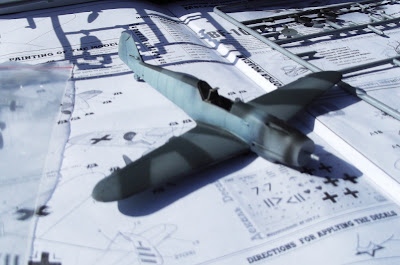 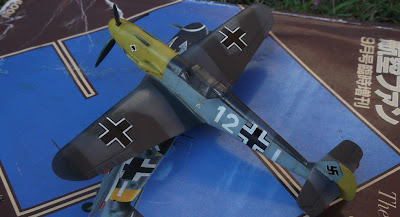 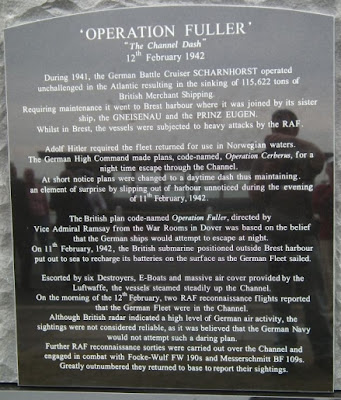 My recent 'Channel Dash' memorial post has been "+1'd" on google - thanks for that. Here are a couple more close-up views of the memorial itself as photographed in the pouring rain on Dover's sea front Marine Parade. This is me pointing to one of the several spelling mistakes in the text! 'Norwigian' for 'norwegian' 'everning' for 'evening' etc etc...these and more had to be hastily corrected just prior to the unveiling - that's what happens when you commission a commemorative stone in China..although to be fair to the 'Channel Dash Memorial Trust' the Chinese did put in the best bid for the work - or so I believe.. 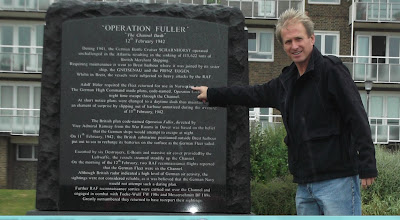 Below;   the 'Channel Dash' was covered extensively in 'Avions' magazine in a three-part feature written by Jean-Louis Roba  (issues 101-103). The photo of the Staka 2./ JG 2 Siegfreid Bethke's Bf 109 F-4 was incorrectly captioned - this is not 'Yellow 1' but 'Black 1', the Staffel number being a black outline only. Note ten victory markings partially visible on the rudder. This image was taken in wintry conditions on or just after the events of 12 February 1942.. 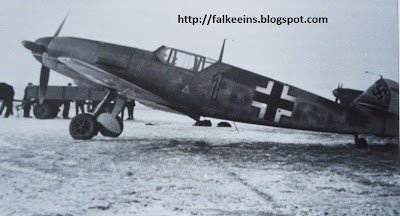 Finally for today's post, a couple of views of a very nice Zoukei-mura 1/32 Ta 152 H seen at Euromilitaire recently... 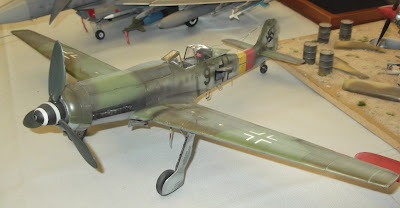 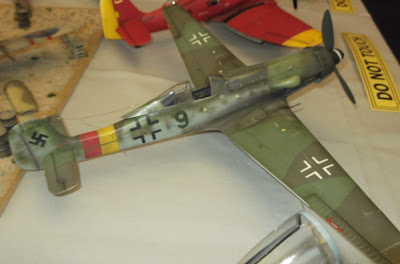 I was surprised to see no response from anyone at all to Peter Achs recent comment on TOCH. Achs was commenting very unfavourably on Eddie Creek's excellent new Junkers Ju 87 book and offered us this;

Of course his comment merited the complete silence that it got, but at the very least I felt that someone should have pointed out that 'Eddie Creek' was in fact born Helmut Rudolf Nielinger !