Mark Hanna and Hans Dittes photographed in 1995 at North Weald with Dittes' converted G-10 'Black 2' via Richard Crockett and below, seen at Duxford 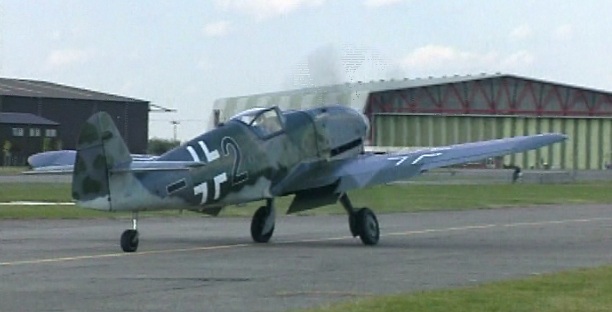 "..Regarding the ex-Dittes Bf 109 G-10: registered D-FEHD as a Ha 1112 until its metamorphosis into a Bf 109G-10, whereupon it became a D-FDME and received a DB605. There has been a lot of speculation about how much of it is actually still a Hispano, only Mr Dittes has never commented in public, so I guess we will never know.."

Back in 1995 when the Dittes G-10 "rebuild/conversion" was being featured in the aviation press (Warbirds Worldwide, Jet & Prop 1/1995 etc ) it was often stated that Dittes had his machine painted up in the colours of his friend and leading wilde Sau night fighter ace Friedrich-Karl Müller, a pre-war Lufthansa pilot who achieved around 30 victories in one of the most difficult forms of combat flying imaginable - 'unguided' night-time freelance hunting in a single-engine fighter in the cloud-banked and freezing skies over Germany during the winters of 1943 and 1944. Only Müller's machine was not a G-10 nor was it 'black 2'.....


On 24 July 1943, the RAF had escalated their night bomber offensive with the launch of a series of raids against the port city of Hamburg. The raids were significant for the first successful deployment of 'Window'--tiny strips of metal foil - which, cut to the right wavelength, successfully jammed German radar equipment.  The attack and the resulting firestorm, which caused hugh loss of life and damage to industrial installations, prompted the German High Command to give greater urgency to proposals then being tried out by the Nachtjagdversuchskommando Herrmann,  (Night fighter Test Detachment Herrmann), led by decorated bomber pilot Oberst Hajo Herrmann. Conceived during early 1943 as a means of making up for a general shortage of night fighters, Herrmann's unit utilised Bf 109s and Fw 190s aircraft based at Bonn Hangelar (not Deelen, as stated in one recent article..), flown by ex-bomber and Lufthansa pilots who were experienced in blind flying techniques, to attack the RAF bombers visually. Operating with the aid of searchlights or the light from flares- independently of radar-  this method of attack was dubbed 'wilde Sau' or 'wild boar' night fighting and the relative success of early trials led to the establishment of Herrmann's Jagdgeschwader 300 and other wilde Sau units. Early in 1944 - as JG 300 began flying sorties against USAF bombers raiding by day - the 'aces' of JG 300's 1. Staffel were detached under Hptm. Friedrich-Karl Müller to form the specialist single-engine night fighter unit NJGr.10. One of the primary roles of this unit was to develop tactics to combat the RAF's Mosquito bombers.... 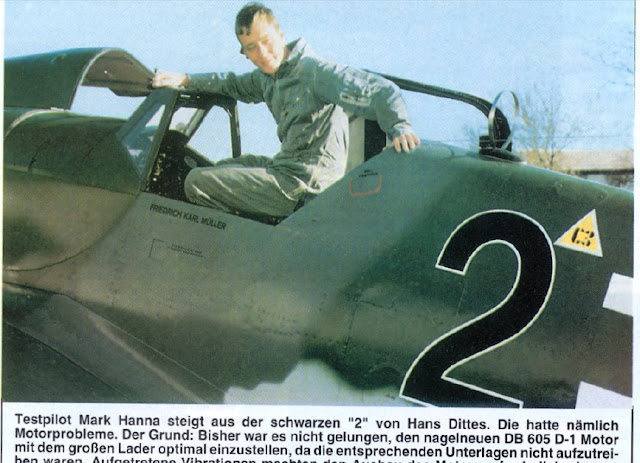 Details of the men and machines of the Mosquito (Moskito) hunters of NJGr. 10 (or I./NJG 11), the specialist units established out of 1./ JG 300 in early 1944, which Müller led in combat, are as rare as hen's teeth.  Jet and Prop published the photo above left of Müller's '2'- captioned in German as being " the only image to depict the ace's 'Black 2'..." - in their issue dated 1/1995. Now I've always had an interest Friedrich-Karl Müller's aircraft. While most Luftwaffe enthusiasts are aware that Friedrich-Karl 'Nasen' Müller flew at least a couple of Fw 190s coded 'Green 3' with the Geschwaderstab of JG 300, very little is known of the other aircraft he flew - unless you count all those frankly ridiculous stories (not to mention John Weal artworks..) of the Bf 109(s) that he supposedly flew with a Schräge Musik installation! There is however more than one image of his Bf 109 coded '2'. In fact there is a nice sequence taken in the summer of 1944 in the collection of Luftwaffe and JG 300 historian Jean-Yves Lorant and it was thanks to M. Lorant that I recently obtained access to Müller's log book to verify the details of this aircraft along with a chance to look at the photos. M. Lorant has very kindly allowed me to reproduce one of them here. Armed with this knowledge I then asked my good friend Anders Hjortsberg of The Profile Paintshop if he would illustrate Müller's '2' based on what we learnt....click on the profile to see the full view of Ander's super artwork - LARGE!

1./NJGr 10 Moskito hunter as flown by Friedrich-Karl Müller during July-August 1944 is a Bf 109 G-6/AS  "Red 2" (WNr. unknown). Probably built by Mtt. Regensburg judging by the camouflage and stencil below the canopy. The lower surfaces are black - judging from the other photos that I have been able to study. The Kennziffer '2' is confirmed as red from Müller's log book. The aircraft features a red fuselage band (just visible in one image), pointing to this as being an ex-JG 300 aircraft. Note the absence of head armour to save some additional weight, a feature of Bf 109s selected for the specialised role of hunting RAF Mosquitos. While not visible in any of the published photos of 'Red 2' - see my articles in Model Aircraft Monthly June-July 2014 - all of Müller's aircraft sported a rudder scoreboard, from his Fw 190 'Green 3' to his final K-4. 'Red 2' in fact featured a most unusual 'out-sized' Hakenkreuz which over-lapped the rudder hinge line - although unfortunately this image is not available for publication.  The rare photo reproduced below was taken on the occasion of the visit of Müller's wife and son to Werneuchen. The very large bunch of flowers was most likely presented to mark the ace's award of the Ritterkreuz during July 1944 for 23 victories which was followed shortly thereafter by his promotion to command I./NJG 11. Müller's;24th victory on 23 August 1944 was his first (and only?) Mosquito. There is no evidence in his Flugbuch that he ever flew a G-10 or that he ever flew a 'Black 2'. He made at least six flights with this Bf 109 G-6/AS "Red 2" from 26 July 1944, including two combat sorties from Werneuchen during the night of 27-28 July 1944. These Moskito hunting missions were timed at 00h03-00h44 and then from 01h10-01h53 followed by landings back at Werneuchen in both cases. Both sorties were evidently unsuccessful. According to his 'erster Wart', Gefreiter Hans Knott, it was this same 'Red 2' which was then repainted 'Green 3' early in September 1944 when Müller took over I./NJG 11 and elected to re-use his preferred number. Click to view the complete image... 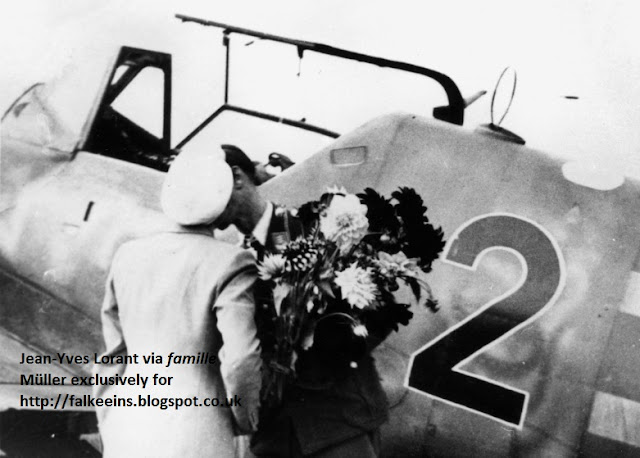 Additional images in this series show Müller in the cockpit of this aircraft being strapped in by his mechanic Gefreiter Hans Knott. These photos are again in the Lorant archive via Hartmut Küper.  As for Müller's other aircraft - well, his log book features several Bf 109 G-6/AS and G-14/AS machines with a number of different blue, white or red Kennziffer. But no 'black 2'. He reverted back to 'Green 3' as Kommandeur of I./ NJG 11 in the autumn of 1944. His final Messerschmitt was a Bf 109 K-4 displaying the double chevrons of the Gruppenkommandeur of  I./ NJG 11. Müller, who went back to flying for Lufthansa post-war, even passed on the actual rudder from his last Bf 109 K-4 to Hans Dittes to be incorporated in latter's Buchon/G-10 rebuild - although ultimately it was not.. 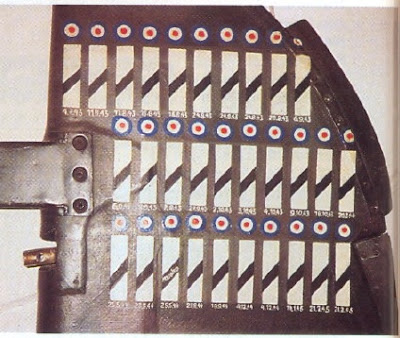 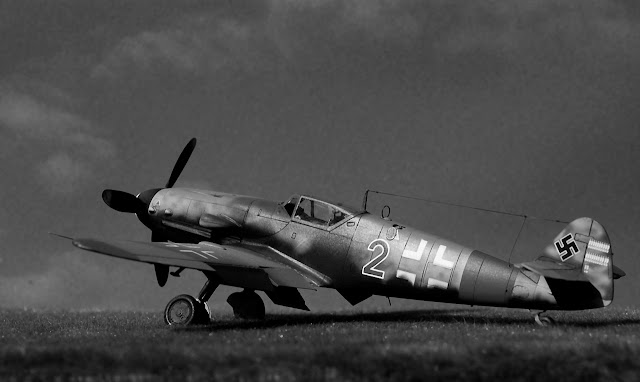 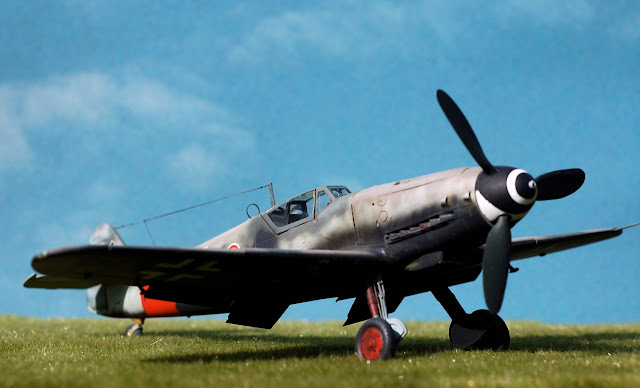