Auf einem Feldflugplatz im Westen  - ' at an airfield in the West', cover feature in Der Adler 01-1942.
Goering's visit to JG 26 at Audembert on the Kanalfront, 5 December 1941 to announce Galland's appointment as General der Jagdflieger. At the time Galland was the most 'successful' Jagdflieger on the Kanalfront with 95 victory claims according to the 'Der Adler' feature. This new view (above) of the ceremony is currently on offer at Heino Fuchs Ebay sales

The aircraft is one of Galland's Friedrichs, WNr. 6750? with its non-standard armament configuration - note the 20 mm MG FF cannon protruding from the wing leading edge in the view above. Supposedly only one of Galland's F-2s had the wing-mounted cannon. (designated F-6/U in Caldwell/Michulec). Rudder marking featured '69' + 25 additional bars. 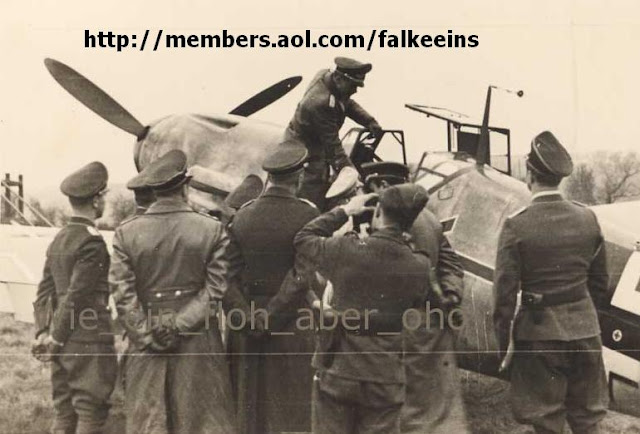 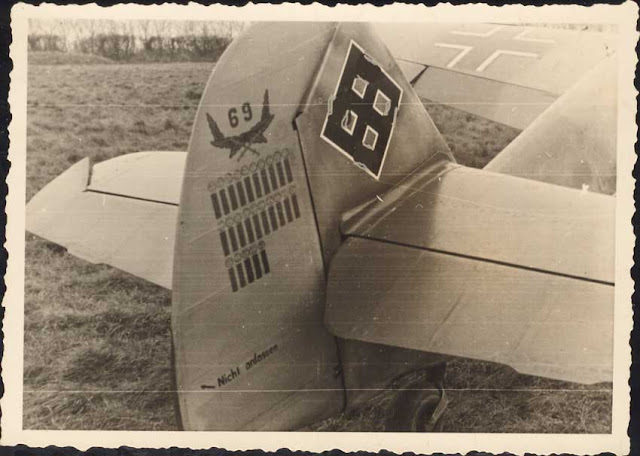 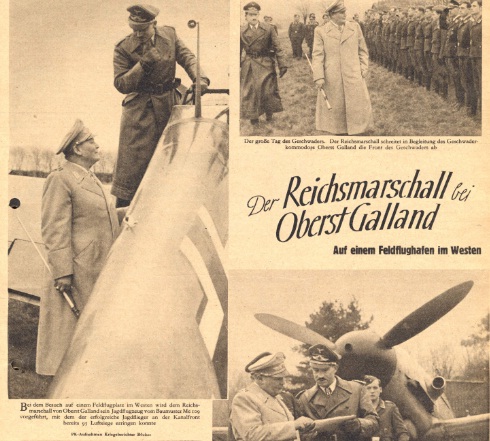 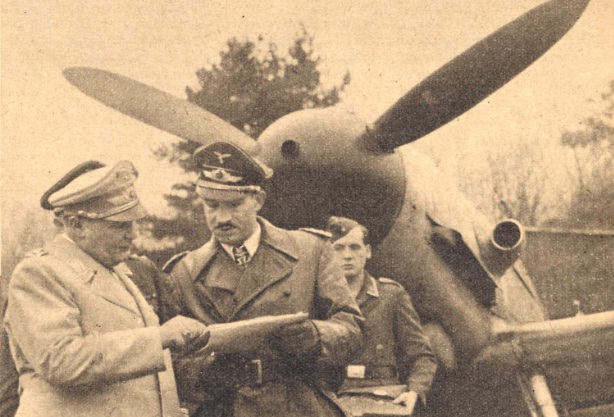