First posted on britmodeller.com and completed just in time for the US IPMS Nationals in Nebraska is Jim Root's superb 1/48th DML Ju 88 G-1 nightfighter finished in the markings of the 7./NJG 2 Ju 88 G-1 that landed at Woodbridge, Suffolk, England on 13 July 1944. More on this at the following link


Jim's model was built with the addition of Eduard seat belts, Master Model Radar Antenna, Royale Resin Wheels and Master Model Machine Gun Barrels.  My thanks to Jim for kindly allowing me to post his pictures here. 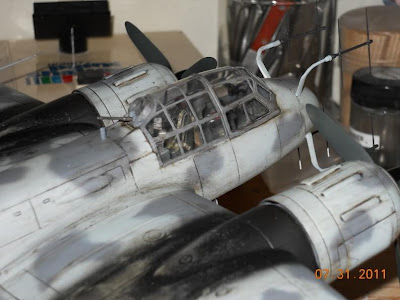 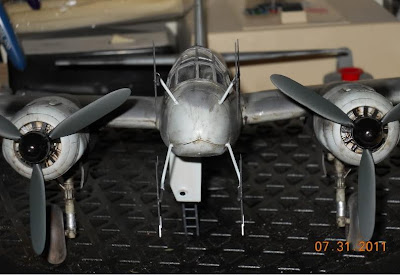 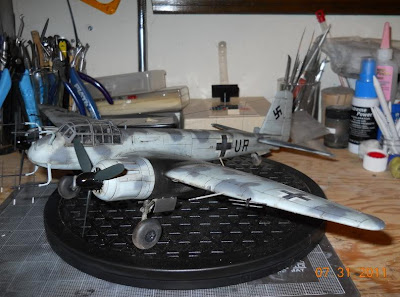 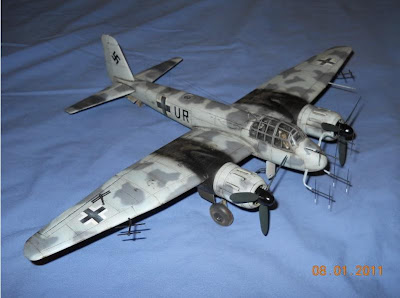 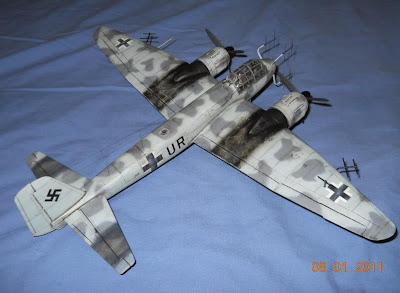 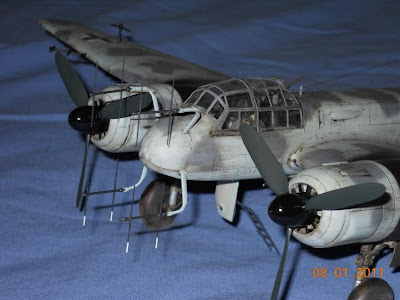 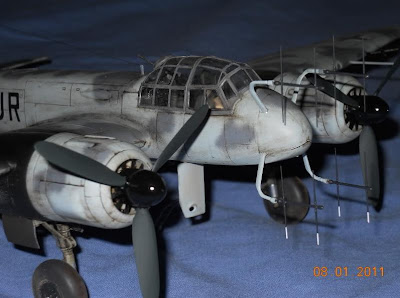