Wekusta 2 - 'cloud chasers' of the Luftwaffe

Just ahead of the release of the huge new Revell Heinkel He 111 in 1/32 scale, part 1 of a small article on a little-known He 111 unit, the 'cloud-chasers' of the Luftwaffe, weather recce Staffel Wekusta 2. 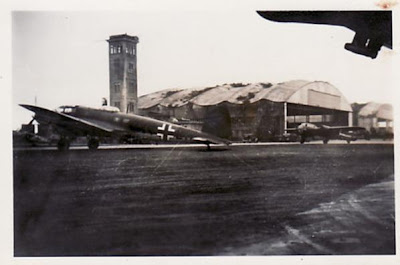 Wettererkungdungstaffel 2 Oberkommando der Luftwaffe (weather reconnaissance squadron) was established during July 1940 in Oldenburg, north-west Germany and located at the German-designated 'Brest Süd' (Lanvéoc) from the summer of 1940. The primary mission of the Staffel was long-range Atlantic weather observation for the preparation of accurate forecasting both for the Luftwaffe and the Kriegsmarine, particularly the U-boot arm. During the course of its activities the Staffel not unnaturally fulfilled the secondary but equally important of role of spotting Allied Atlantic convoys. The Staffel operated under the auspices of, and drew its personnel and equipment from, Aufklärungsgruppe 123, whose Stab was located in Tossus-le-Noble and Buc in the Paris region from July 1940 until mid-1944. 3.(F)/123 was located in Rennes from August 1942. The Staffel was one of the rare Luftwaffe units to fly sorties with 'semi-civilians' on-board - each flight carried a meteorologist who was also trained to fire the on-board armament of the He 111s and Ju 88 Ds with which the unit flew its sorties out over the Atlantic and around the western coasts of Ireland. Note there were several grades/ranks of meteorologists from Regierungsrat and Wetterdienst Assessor. The full story of Wekusta 2 in Brittany is told by Pierre Babin in 'Avions' magazine issues 162 and 163. The images reproduced here are currently offered for sale in Michael Meyer's Ebay shop and some of them are featured in Pierre's articles.... 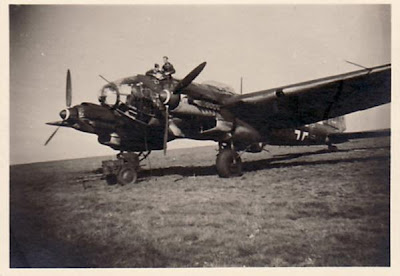 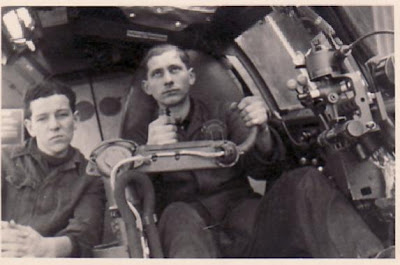 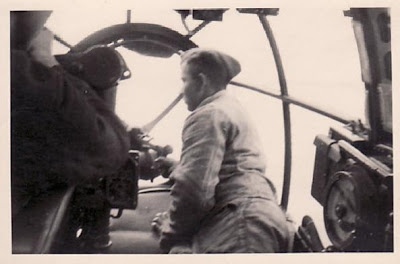 The first Staffelführer of Wekusta 2 was Oblt. Rudolf Prasse and the first of the unit's daily sorties out over the Atlantic were flown from mid-August 1940 and followed the same routine - an early, often pre-dawn, takeoff maintaining altitudes of between 500 and 3,000 metres according to the height of the cloud deck and following a pre-determined flight plan, with a weather information 'bulletin' broadcast back to Brittany every 90 minutes during the flight. A sortie could last anything up to six hours. The Staffel sustained its first loss that same month, an He 111 H-3 crashing on takeoff from Brest on 23 August 1940. On 23 September 1940 Prasse and his crew were shot down over the Atlantic by RAF Blenheims while flying a 'rescue' sortie for the He 111 H-3 flown by Lt. Horst-Max Dümcke. Dümcke and his crew had ditched safely in the Atlantic after technical problems but his 'SOS' messages had also been picked up by listening stations in the UK. Dümcke and his crew put their He 111 down near a small group of French fishing boats and were quickly rescued  and subsequently picked up by a Do 24 of  Seenotstaffel 1. Prasse meanwhile also ditched in the Atlantic after coming under attack by RAF twins sent out to the area and he and his crew spent the best part of two days and two nights in their dinghy before being rescued by another fishing boat, finally arriving back in Brest on 28 September 1940. One of Prasse's crew died of his wounds. 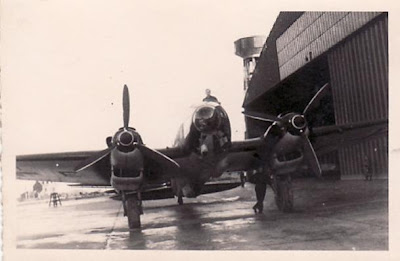 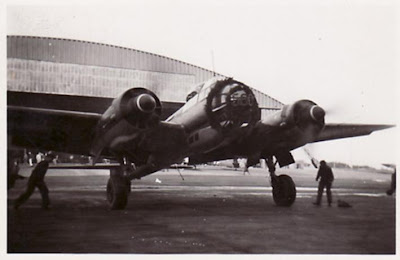 During 1941 the unit received its first Junkers Ju 88s. Above, a Ju 88 of Wekusta 2 Ob.d.L. in Brest-Lanvéoc suitably decorated on the occasion of the unit's 500th Feindflug (combat sortie) on 31 December 1941 (Meyer incorrectly states 'early 1941' on his 'caption'). The crew for this sortie comprised Reg.Rat Richard Not, Oblt. Horst Dümke, BF Wilde, BM Gajewski and Staffelkapitän Rudolf Prasse. Below; gound crews assemble in front of the aircraft decorated for the occasion. 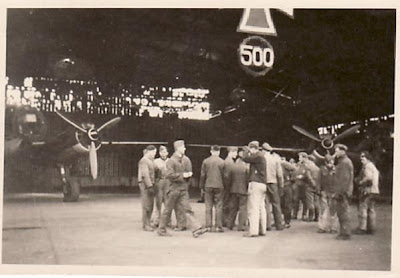 On 6 January 1942 an RAF bombing raid on Brest Lanvéoc caused considerable damage to installations and aircraft and saw Wekusta 2 eventaully move to Nantes- Château Bougon during July 1942 where the picture below was taken. 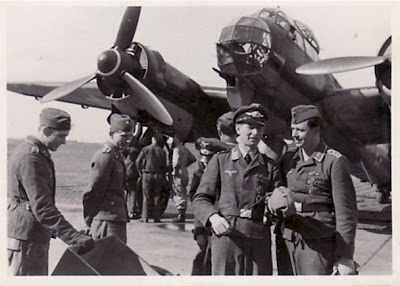