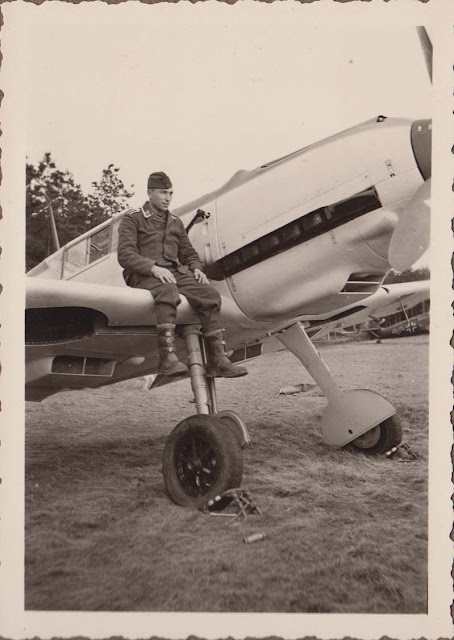 In my previous post we looked briefly at Maj. Walter Oesau's appointment as Kommodore JG 2 during 1941. Thanks to another photo album unearthed this week on Ebay this post suggested itself.  On his return from Spain as one of the leading Legion Condor aces Oesau joined the Stabsschwarm of I./JG 2 (1 March 1939). By 15 July 1939 Oesau was promoted to Oberleutnant and given command of 2./JG 20, the date I./JG 20 was activated in  Döberitz initially consisting of two Staffeln drawn from JG 2. Prior to the invasion of Poland I./JG 20 was transferred to Strausberg on 26 August 1939. From there, the group was transferred to Sprottau anticipating an attack from the Polish Air Force. A week later the group moved to Brandenburg. On 21 February 1940, the unit was relocated to Bönninghardt under the control of  JG 51.It continued to operate in this fashion until the end of the Battle of France. On 4 July it was re–designated III./JG 51. Oesau served as Staffelkapitän of 7./JG 51. In this JG 20 veteran's photo album offered on Ebay during January 2011 there are two images captioned as being the aircraft flown by Oesau (see above). The image below, according to the album caption, shows an Emil bombed up for an attack on British forces holed up in Dunkirk - the chalk inscrption on the bomb reads 'Mahlzeit' or 'meal time'... 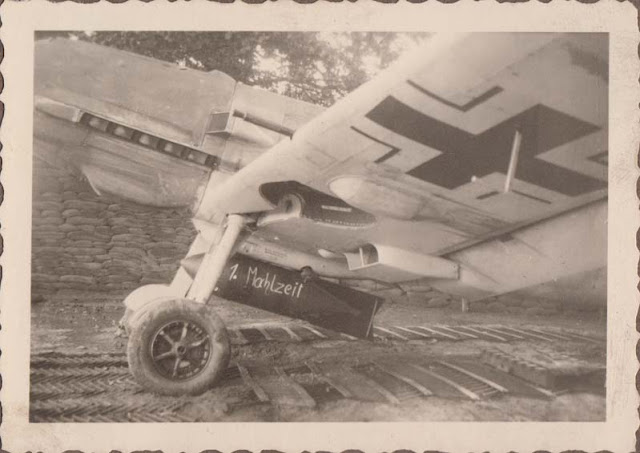 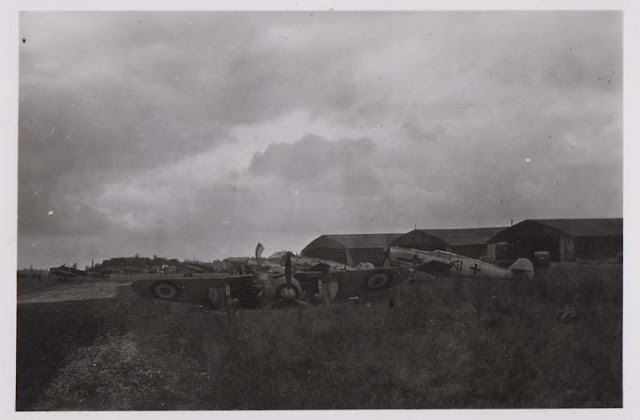 The image above depicts a JG 20 Emil on the airfield at St. Omer, a derelict Curtiss Hawk in the foreground. The same photo album (entitled 'JG20 in the French campaign' by the seller) contains a couple of references to Guenther Burgaller.. (see images below captioned  'meine Staffelkapitän' ) - this is presumably the same Burgaller who served with the 'Richthofen' in both WWI and WWII which must make him something of a rarity in Luftwaffe history circles. He served under Voss in WWI as part of the so-called 'Flying Circus' and was StaKa 1./JG2 on the outbreak of WWII. He was a well known racing car driver in the interwar period. He departed JG 2 in October 1939 for JG 51 but died in a crash in February 1940 as Gkr II./JG51 and must have been at least 44 yrs old at the time of his death. He certainly didn't get to the French campaign. He would almost certainly have been a contemporary of Walter Oesau's in Döberitz during 1939..

(photo album caption: '.. my Staffelkapitän got annoyed with the English 'lady' . He was a Bugatti racing car driver, so he has no reason to moan about my English motor bike...' ) 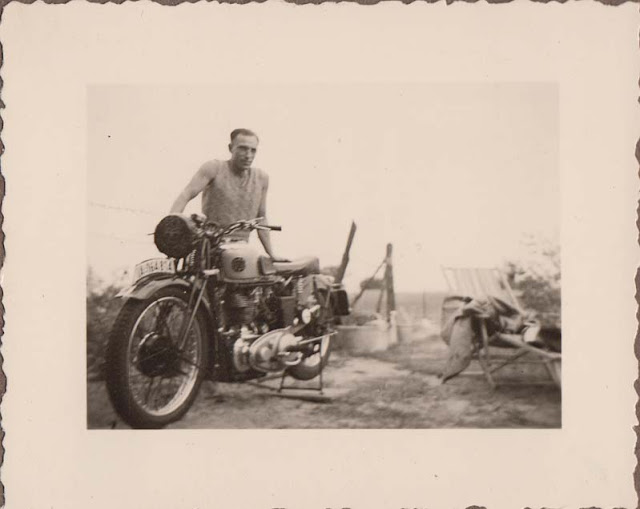 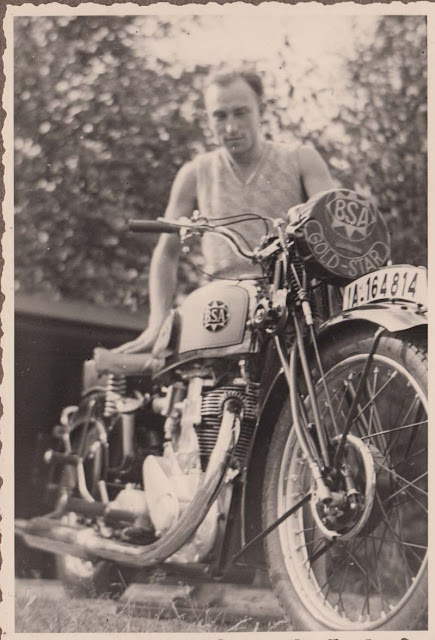