Having worked closely with Erik Mombeeck on his JG 2 history we've managed to pull together quite a few pics of leading JG 2 ace Helmut Wick and his WNr 5344 over the past few years... click on the pics for a larger view.

Wick went from the rank of Leutnant to the post of Kommodore in the space of just one summer based on little more than his ability to 'shoot down' RAF fighters. He was the embodiment of the Jagdflieger obssession with  the Abschussliste - the system of points and then decorations awarded for a certain number of  'victories'- a flawed 'system' which pandered ultimately to no more than personal ambition and the need for status and recognition.

First up, Wick's machine following his 18th victory on 16 Aug 1940. As an Oberleutnant he had been appointed Staffelkapitän 3./JG 2 on 22 June 1940 - note no tactical markings on the wingtips. Just forward of the Staffel number is Wick's 'humming bird' emblem. Wick was likely flying this machine on 24 August when he returned his 19th and 20th victories which 'qualified' him for the award of the Ritterkreuz. The following day he returned two more victories. 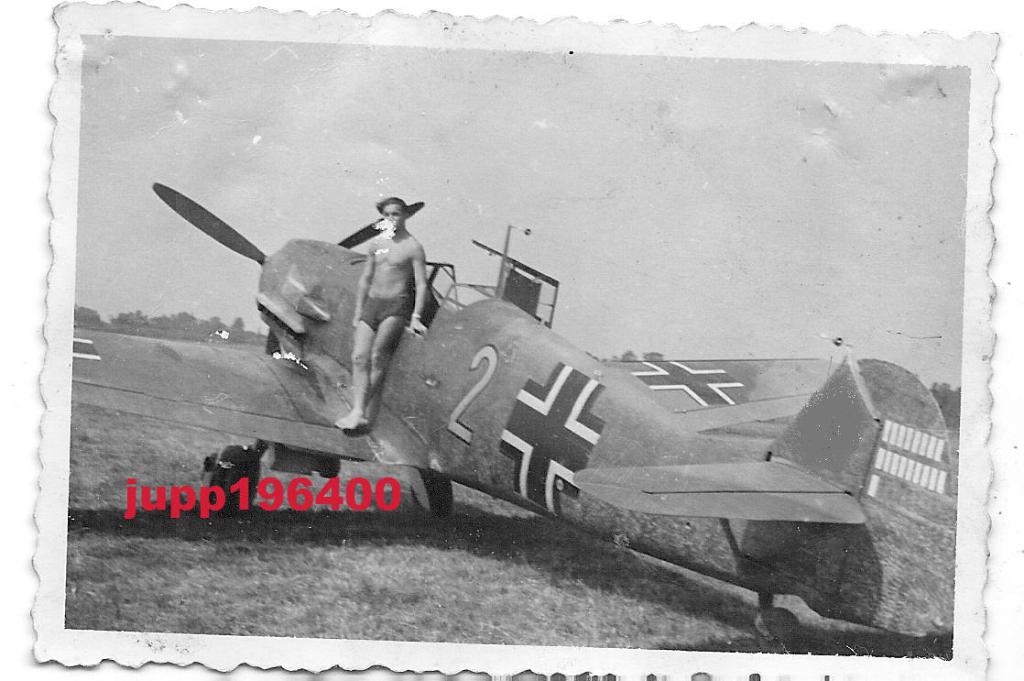 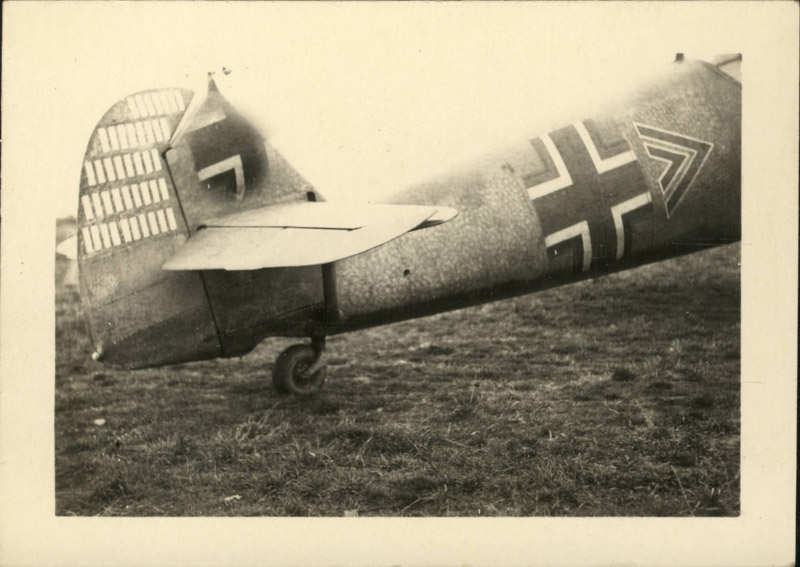 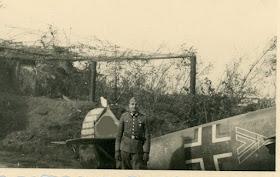 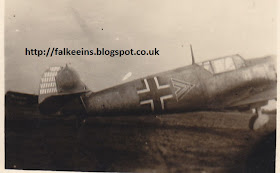 The 44th bar has been added... this is between 29 Oct and 5 November, again note no tactical markings on the wingtips: 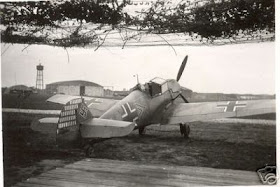 Close-up of the nose... note the worn finish on the spinner, and the very irregular camo demarcation along the leading edges of the wings... note also that what you can see of the leading edge of the port wing appears to not display any wingtip tactical markings at all, just a continuation of the camo: 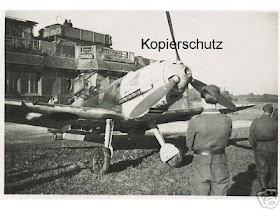 Here's his aircraft on 6 November 1940, following his 48th through 52nd victories achieved earlier that day: 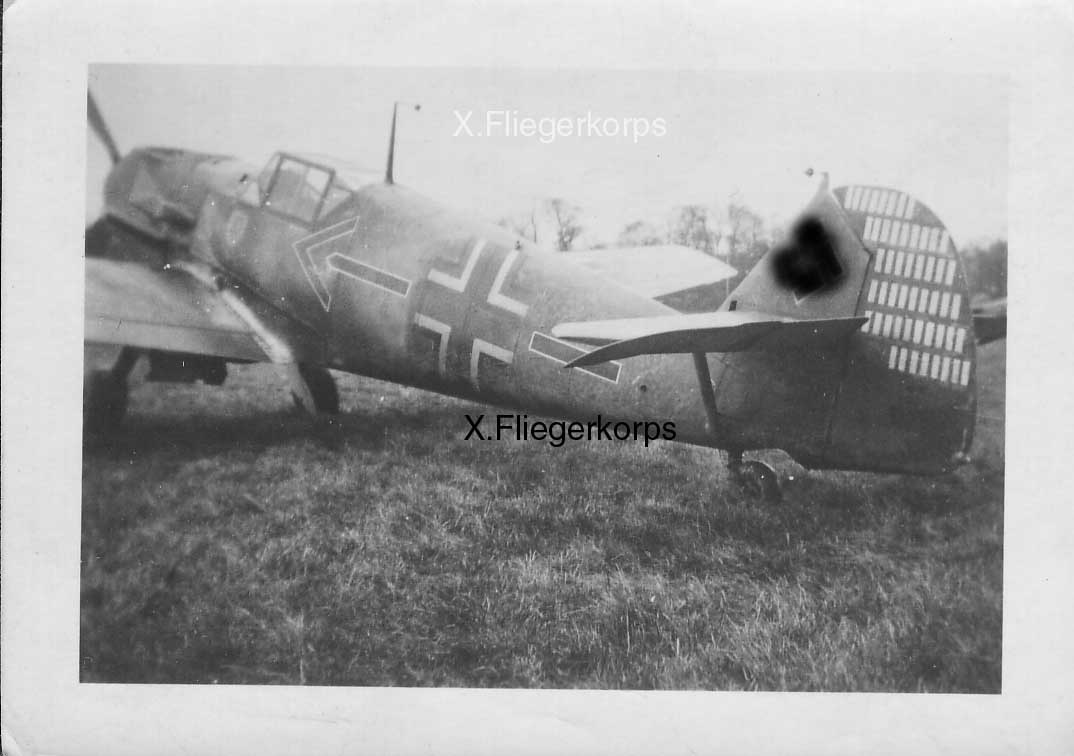 26 November 1940. Major Wick preparing to take off on his penultimate combat flight, no contact with the enemy. Score up to that point, 54 victories. He was shot down and killed less than 48 hours later. 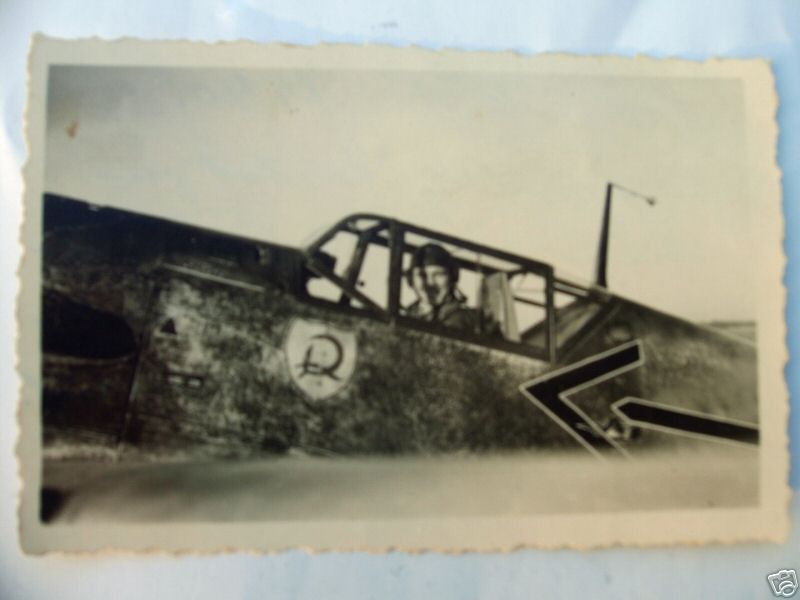 Here 5344 is sporting Geschwaderkommodore markings, dating the photo between 20 October and 28 November. 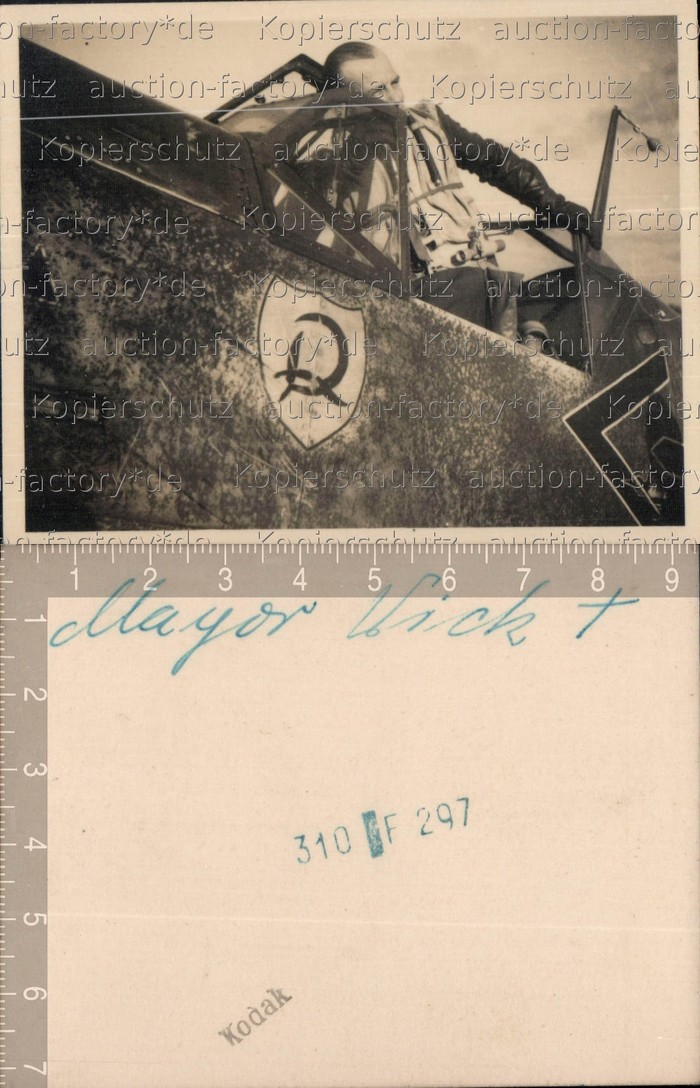 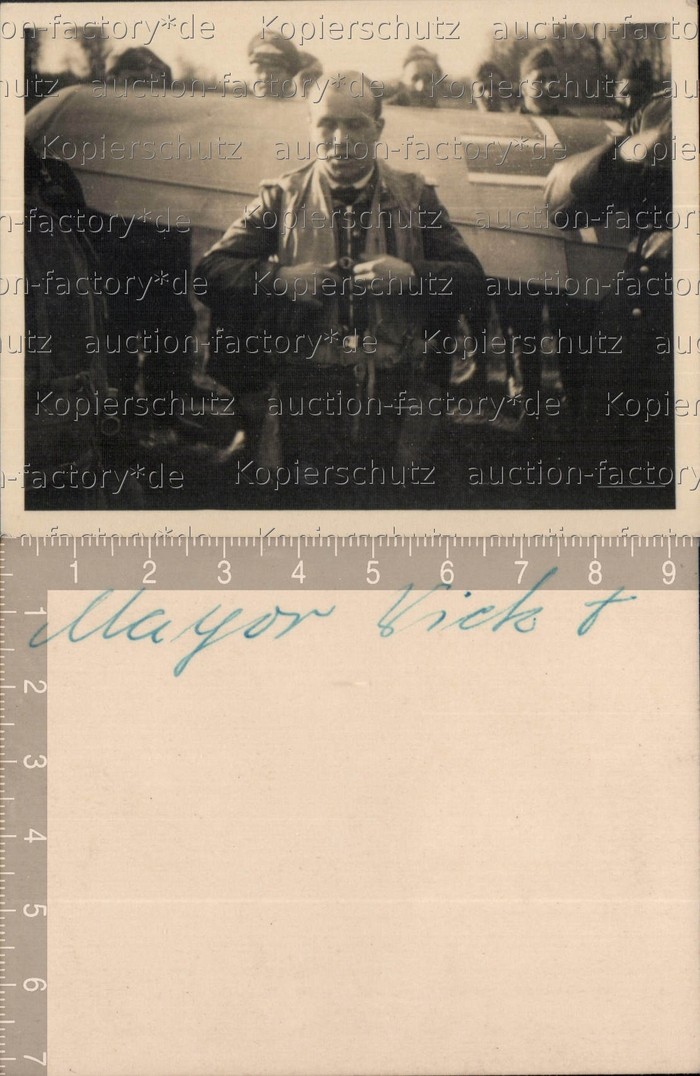